Bursa, the fourth largest city in Turkey, is located in Anatolia, at the foot of Uludag Mountain.

Bursa, where silk is born in Turkey, is a very beautiful city worth visiting and discovering. Each area has its own characteristics, food and culture that make it very different from others and worth exploring. The intricate cobblestone streets of the old town make the city worth visiting, walking and people-watching.

Bursa is called the green city as it is surrounded by parks and hills. In the city center, you will find most of Bursa's tourist attractions.

We recommend introducing your tourists to atypical Turkey!

The first capital of the Ottoman Empire, Bursa, will welcome your traveler with joy, and it is better to start exploring the city with comfortable Intui transfers.

For travel agents, a reward is provided for each order made!

We have selected TOP 5 for visiting places in Bursa, Turkey - you can give it to clients as a guide on a trip :)

Admire the calligraphy of the Great Mosque in the center of Bursa, Turkey. 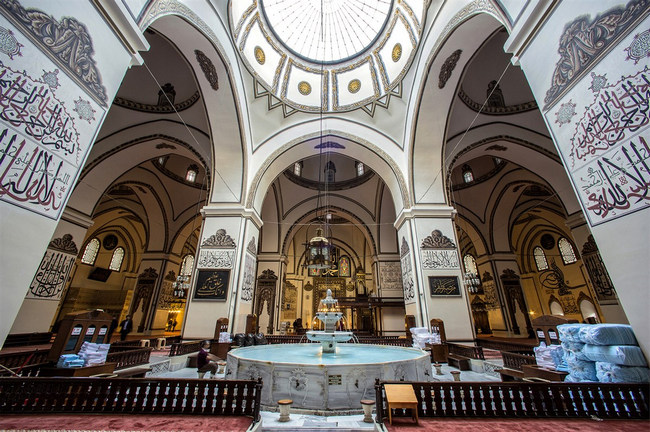 There is the so-called "Great Mosque" or Ulu Cami Osmangazi that comes from the time of the Ottoman Empire. It is just a short walk from the historic Koza Han Silk Market and Bazaar.
The Great Mosque of Bursa (Ulu Cami, in Turkish) is the main monument of the city. It was built between 1396 and 1399, it is the largest in the city, and has 20 domes and two minarets. One of the characteristics of the Great Mosque is the Islamic calligraphy that covers many of its walls and interior columns, being one of the largest examples in the world with a total of 192 inscriptions. Also noteworthy is the interior fountain where the faithful perform the ritual of ablution before praying.
Cheap transfer to Great Mosque of Bursa

Shopping at the ancient silk market of Turkey, Koza Khan. 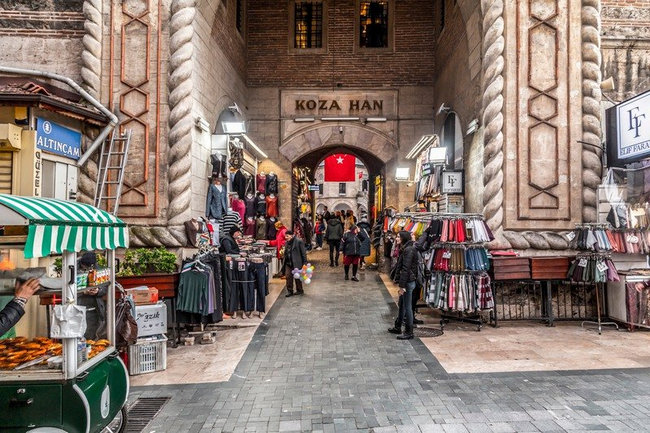 One of the must-sees on a visit to Bursa is the Covered Market area. This market is made up of the Antique Market (Bedesten) and the Silk Market (Koza Han). Bursa’s sprawling, labyrinth central bazaar area is a fantastic place for shopping, eating, sipping tea, watching people, taking photos, experiencing the culture, interacting with locals, and wandering aimlessly.
It is a place where vendors of different articles converge, especially scarves and handkerchiefs, as well as many hair accessories and clothing for traditional parties.
If you like scarves and accessories, get ready to haggle and take some very beautiful ones for very good prices!
Transportation services to Silk Market in Bursa

Cheerful performances in the shadow theater. Karagoz Museum of Bursa in Turkey. 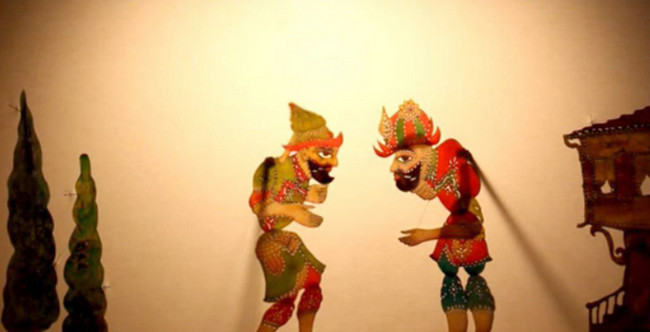 When you shop at bazaars in Turkey you see the silhouettes of two distinctive male figures Karagoz and Khajivat. They are the protagonists of the famous Turkish play about shadows.
These two figures are historical figures from Bursa. They were the builders when the big mosque was being built, but they were also jokes that distracted their colleagues so much from their antics that the sultan got so angry that he ordered them to be executed.
All this and everything related to the Turkish shadow theater can be admired in the unique Karagoz Museum. The master puppeteer will explain the background of this art form. If you're lucky, you can even watch the show and have fun.
Bursa Yenisehir Airport taxi transfer to Karagoz 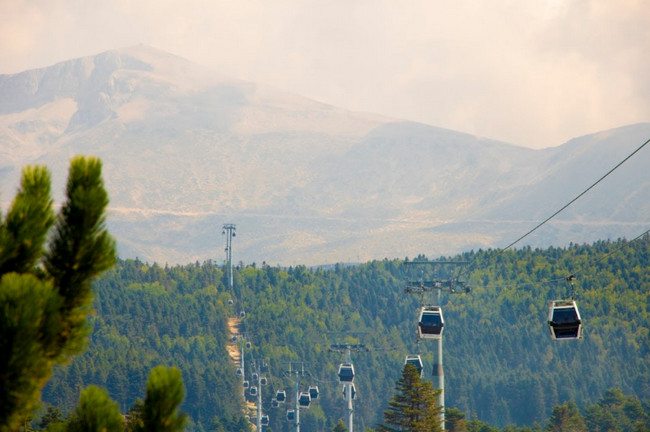 Bursa is nicknamed the Green Bursa thanks to the many parks that surround it. One of its best-known natural spaces is Mount UluDag, a mountain near the city that reaches 2,500 meters in altitude. The UluDag is the ancient Mount Olympus of Mysia, the province that occupied this territory in ancient times. Today it forms a national park and is home to Turkey's oldest ski resort, which has more than 20 slopes.
In winter, Uludag turns into a snowy winter wonderland. In summer, the mountains are a cool and refreshing place to escape the heat. The newly opened cable car makes it easy and quick to climb and descend from the mountain.You may go to Sarıalan and cook your own meat at the famous Palabıyık restaurant.
Taxi to Uludağ

Feel the history: Green Mosque of Sultan Mehmed I in Bursa, Turkey. 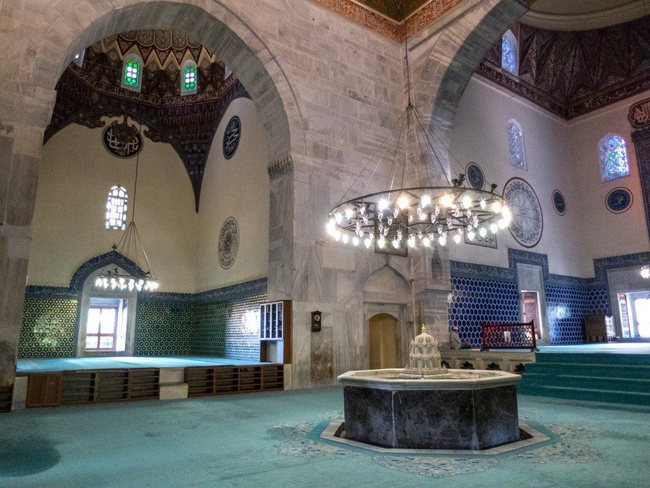 The mosque is known for its ornate masonry. The Green Tomb near the prayer building contains the tomb of Sultan Mehmed I, who commissioned the building. The Green Mosque is part of a larger complex that also includes a school (medrese), kitchen, bathroom (hammam) and the green tomb. The special architecture of the sandstone and marble mosque with two minarets combines the Seljuk and Ottoman styles that prevailed in the 16th and 17th centuries.
The Green Mosque is a must see for history and architecture lovers. It is an active prayer room so women must cover their heads and all visitors must cover their shoulders and knees in order to enter.
The Green Mosque is located in the Yesil district of Bursa, not far from other mosques and museums in the city center.
Airport shuttle to Green Mosque
LOGIN TO PARTNER ACCOUNT
X