Intui participated in the 52nd International Tourism Exhibition ITB Berlin 2018, which is considered to be the most important event in the industry, and, according to most experts, it reflects the most significant trends in tourism around the world.

In 2018, 10,000 exhibitors from 185 countries arrived to ITB, including the Intui.travel transfer team, which previously also participated in the ITB Berlin 2016. Compared to 2016, when Intui presented themselves at ITB Berlin for the first time, the 2018 exhibition provided company with at least 200 new contacts, partners and useful connections among airports, online travel agencies, meta-search systems, consolidators and transport companies from the US and Canada to Japan.

Intui presented an updated stand, which looked like a one-pager with each detail delivering useful information telling everything you need to know about the Intui product: The core lays in the unique product which helps clients search for transfers on any point on the map. All that is possible due to the Intui 1 API and more than 4,000 licensed transfer service providers in 145 countries and 37,965 cities all over the planet. Guests of the stand were interested in the product, many of them tested out the strengths and searched for weaknesses, asked questions about service coverage, server response speed, and reliability of transport companies. 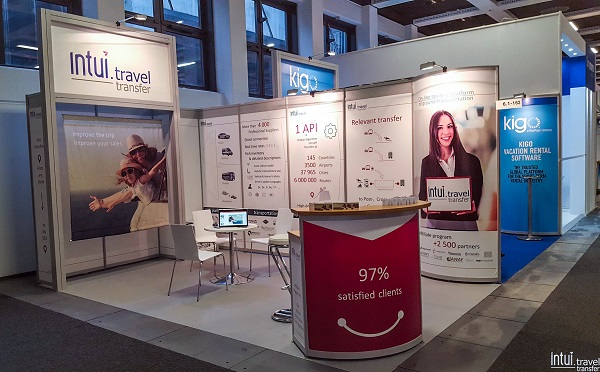 "Just in 1 day we received 3 times more contacts than in the year of 2016! Now, we are standing on a completely new grounds: 2 years ago we had to attract people, and now, there was even a line in front of the Intui stand, people felt curious and approached us. Moreover, many of them already knew about our product and were interested in further steps to our partnership. I was impressed by their immediate positive feedback and willingness to start cooperation here and now", - comments Ilya Balakhnichev, company CEO. Large companies such as Travelport, Kayak and Agoda also expressed their positive opinion on Intui product. 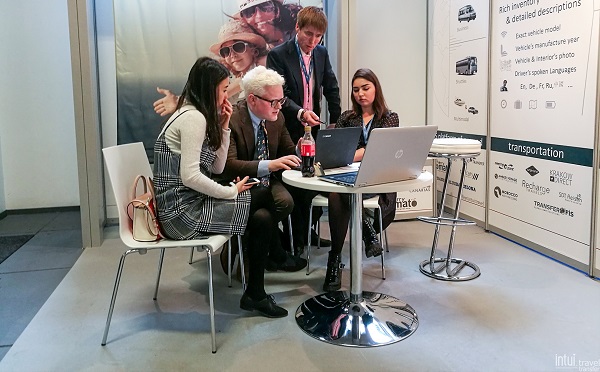 After receiving so many new contacts, Intui started signing agreements and integrating their services into partners’ platforms. The exhibition also allowed to establish contact with the largest transport companies, which made the Intui park even more reliable and convenient for customers around the world.

The next target is ITB China in Shanghai. We would be glad to see you at stand 292 16-18 May, please welcome!